The Rise and Rise of Bitcoin is a 2014 American documentary film directed by Nicholas Mross. The film interviews multiple companies and people that have played important roles in the expansion of Bitcoin. It first premiered at the Tribeca Film Festival in New York on April 23, 2014.[1] The film was nominated for the “Best International Documentary Film” at the 2014 Zurich Film Festival. This film has a run time of 96 minutes.[2]

The documentary follows thirty-five-year-old computer programmer Daniel Mross. On top of his job, kids, and marriage, Daniel is an avid enthusiast of the cryptocurrency, Bitcoin. He discovered Bitcoin in 2011 and from there, he has been fascinated by anything that has to do with it. Daniel and, his brother and producer, Nicholas Mross, decided to start filming because they believe that this could really be the future of currency and filming a documentary is one way to expedite the process. By doing this, they were able to educate anyone who watched this film. Throughout Daniel’s journey around the world, he meets the individuals who are leading this potential financial revolution. Daniel and the people that he interviews are the pioneers that are adventuring into this mysterious concept. The future goes to show that not everyone involved, in Bitcoin early, made it out unscathed.

Daniel and Nicholas Mross came up with the idea of this documentary when Daniel would have trouble explaining what Bitcoin is to his peers. In an interview, Daniel states “And I found in short time it was really difficult to talk to people about Bitcoin if they didn’t know what it was or to explain it … It’s not something that, you know, especially earlier on was easy to explain to somebody in 1 or 2 minutes.”.[3] This documentary acts as a bridge between those educated in Bitcoin technology and those who are interested in educating themselves.

On Rotten Tomatoes, a reviewer aggregate, the film was rated a 67% based on 9 reviews. Those reviews had an average rating of 6.1 out of 10.[4] On IMDb, another reviewer aggregate, the film was rated a 7.3 out of 10 based on 1,206 votes.[5] The Rise and Rise of Bitcoin did not make an appearance into the box office. It is available on major distribution channels including Showtime, Amazon Prime and iTunes.

Daniel is the one who leads the audience on this exciting journey around the world. He first got interested in Bitcoin in 2011 and from there he has been in love with it. When Daniel first got interested in Bitcoin, he started mining Bitcoin. Mining is a transaction record keeping system completed by the consumers. These transactions are then placed on the blockchain, which is a public ledger. Mining rewards the miners with a small percentage of Bitcoin when they complete a transaction.[6] Throughout the documentary, Daniel purchases multiple new computer processors to make sure he has the best equipment to mine.

Charlie Shrem was the founder of Bitinstant, in 2011, and was defunct as of 2014. The reason for its failure was because “Shrem had knowingly facilitated transactions to a re-seller, Robert Faiella, whose customers were using the Silk Road, an underground Bitcoin only marketplace where people buy and sell illegal drugs. The re-seller was also trying to deposit more money than the new money transmitter laws allowed for, and these transactions were done behind the scenes to get around reporting requirements.”.[7] Shrem agreed to handover $950,000 in a plea bargain to reduce his jail time to sixty months.[1] Shrem served as the Bitcoin Foundation Vice Chairman from 2011-2014, and currently holds the position of business and community development in the start-up company of Jaxx.[8]

Mark Karpeles was the founder of Mt. Gox, the first Bitcoin exchange based out of Japan. On February 28, 2014, Mt. Gox filed for bankruptcy in Japan, and in March 2014 filed bankruptcy in the United States (Texas).[9] In August 2015, Karpeles was arrested in Japan for accessing the exchange’s computer system and changing inputs to make the information false. Later, he was arrested again, this time for embezzlement. Karpeles was accused of losing hundreds of millions of dollars’ worth of Bitcoin and cash. He pled not guilty to the charges of embezzlement and data manipulation.[10]

Jered Kenna was the co-founder of the now closed Bitcoin exchange of TradeHill. TradeHill started its operation on March 1, 2011. As of August 30, 2013, TradeHill does not process anymore transactions.[11] During the filming of the documentary, TradeHill was still up and running. At one point, TradeHill was the second largest Bitcoin exchange, besides Mt.Gox. After TradeHill, Kenna has moved down to Columbia and opened a brewery. His brewing company, 20mission, accepts Bitcoin as a payment method.[12] On August 11, 2011, Kenna was notified that his passwords were changed on his email. From there, he realized that his identity was stolen and is account was hacked. Kenna has not announced publicly how many Bitcoins were stolen from him, but he did state that it was millions of dollars’ worth.[13] 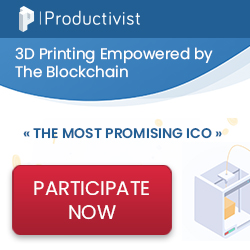 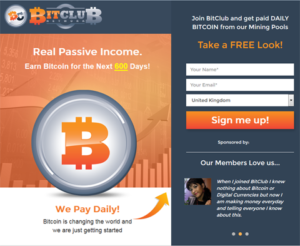